John F. Nichols, MSM, CLU is a nationally recognized disability benefits consultant, the creator of disability products and administration systems and an expert witness in disability proceedings. Nichols serves as president of Disability Resource Group, Inc., a national insurance agency that he founded in 1999.

John Nichols joined the National Association of Insurance & Financial Advisors in 1985 and was elected NAIFA Secretary in 2011. He was the 124th National President for the year 2013-2014. In 2007, NAIFA Chicago Region recognized John with their Leadership in Life Award. He is in the top 20 of lifetime contributors for NAIFA’s IFAPAC.

He is a frequent speaker at an array of national meetings, including MDRT Main Platform 2012, a session speaker in 2004, 2010 and 2015, NAIFA National, and over 500 state and local NAIFA programs.

He obtained his CLU designation in 2003 and graduated with his Masters in Science Management with an emphasis in Leadership in 2011 from The American College. John is a member of the President’s Circle contributor level at the American College.

As a life and qualifying MDRT member, John has two Court of the Table and ten Top of the Table qualifications. Additionally, he is an Excalibur knight level contributor and Legion of Honor member to the MDRT Foundation.

In 1993, John had a near-death experience from a water skiing accident that left him paralyzed from the neck down to his toes. Through six years of rehabilitation, he reached a level of recovery that less than 1 percent of all spinal cord injury patients attain. John, who in 2010 and 2012 was LIFE’s industry spokesperson for Disability Insurance Awareness Month, has chronicled his story in his first book for the financial advisor world, Income Protection, The Conversation. His second book released in 2014 entitled, Passion, Purpose, Protection, The Ability of Disability Insurance is to help the consumer understand the value of protecting their ability to earn an income.

In 2012, John received the Richard M. Daley and Maggie Daley “Golden Shoe” Award for being the #1 Bank of America Chicago Marathon fundraisers for non-for-profits.

John spends time in Chicago, IL and Lyons, CO and loves to travel, hike and train for marathons. 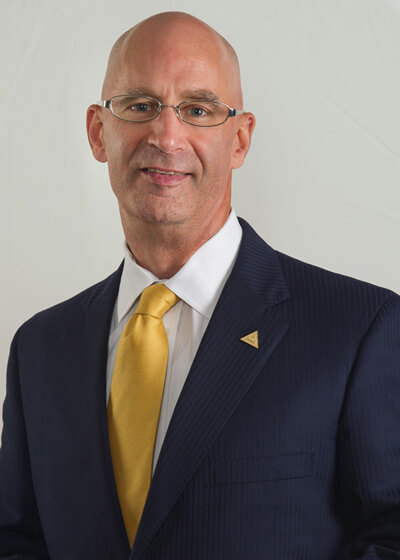