Judy Hoberman is President of Walking on the Glass Floor and Selling In A Skirt, companies that are both focused on empowering professional women. She is an International Speaker, Trainer, Executive Coach, Author, Radio Show host and Mentor. Her 30 years in business has given her both the knowledge and sense of humor about how men and women lead, sell, manage and recruit differently that will enlighten you in learning how both genders can support each other’s successes in a more productive way.

Her experience includes over 2 decades in life and health insurance beginning as an agent with no experience, to leading 3 agencies across 3 states with over 100 agents. She still holds her license and co-facilitates Medicare educational seminars. Judy also works with companies supporting their diversity and women’s initiatives in the areas of leadership, recruiting, training, coaching, mentoring and retention.

Her audiences, from 10 to 10,000 are engaged with details wrapped in memorable stories that are easily implemented that same day. In 2016 she was a TEDx speaker talking about pre-judging people, something we all do without even thinking. She is the author of 4 books including, “Selling In A Skirt” and her latest book “Walking on the Glass Floor”, an immediate best-seller. She offers a complete training program that concentrates on women in leadership, the men that champion them, with a concentration on Redefining Culture. As her book was coming off the printing press, Judy completed a certification from Cornell University’s College of Business in Women in Leadership and a second for Women in Entrepreneurship, adding that to her previous degree from Queens College, New York.

She was recently named as a Woman to Watch for International Women’s Day 2019 from Thrive Global.

She was awarded the Character and Integrity Award for her distinct and significant contribution to sales producer’s success. She named as a finalist in the Women of Visionary Influence Mentor of the Year and named of the Top 10 Women of Influence in Dallas recognizing her for her hard-work, involvement in the community and entrepreneurship. She is Executive Director of Walking on the Glass Floor Foundation.

She is the host of a weekly radio show on The Women 4 Women Network/iHeart Radio called Selling In A Skirt and has been “The Gender Expert” on Fox News Radio. She has appeared on CNN Headlines, ABC, CBS, CW33 and Good Morning Texas contributes articles to multiple publications and journals and appeared on the cover of Exceptional People Magazine. She has spoken for Monster.com, UPS, Southwest Airlines, numerous Insurance/Financial companies and sales teams internationally.

Judy’s mission…to help One Woman A Day by following an important philosophy-“Women want to be treated equally, not identically” ™ 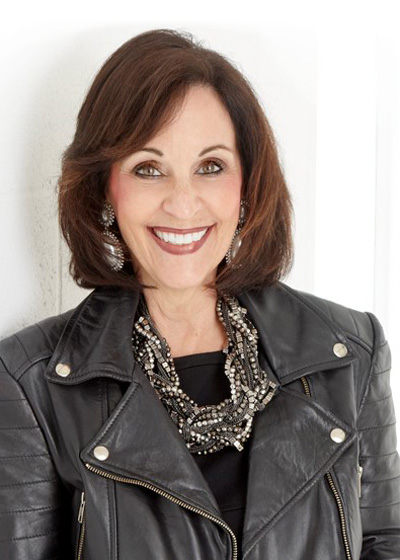 Walking on the Glass Floor